Time for a cuppa and a chat 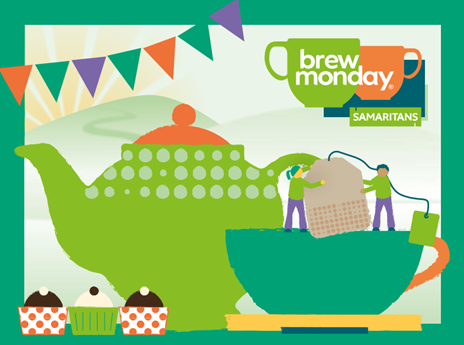 Organisations across the North East and North Cumbria are backing ‘Brew Monday’ on 17 January. This national campaign encourages everyone to reach out for ‘a cuppa and a catch-up’ with the people they care about, to start vital conversations about mental health.

Explaining what the campaign is about, Hollie Edmondson, North East and North Cumbria Suicide Prevention Lead said: “The third Monday in January is sometimes referred to as ‘Blue Monday’, or ‘the most difficult day of the year’ - but this is a myth. We all have our good days and our bad days, and those aren’t for the calendar to decide.

“Rather than focussing on the idea of ‘Blue Monday’, we are backing The Samaritans’ call for people to use the day to brew a cuppa and connect with their family, friends, colleagues and loved ones.”

Organisations including NHS Trusts, local authorities, and the voluntary sector across the region which make up the North East and North Cumbria Integrated Care System are encouraging their staff to get involved in the Brew Monday campaign, by hosting their own events or just taking time for a cuppa with colleagues and service users.

Hollie continued: “For people who are struggling with their mental health, stigma is still a big issue, and talking to someone about it and asking for help can be one of the hardest steps to take.

“We hope that by encouraging our colleagues and partners to get involved in ‘Brew Monday’, we can make it easier for people to start those vital conversations about mental health with people they care about.

“You don’t have to be an expert to help someone through difficult times; just letting them know that you care, and that you’re there to listen if they want to talk, can make all the difference.”

The Samaritans have shared useful advice on how to be a good listener, such as their SHUSH active listening tips and little tips to help someone open up.

We use cookies on our website to give you the most relevant experience by remembering your preferences and repeat visits. By clicking Accept, you consent to the use of all cookies.