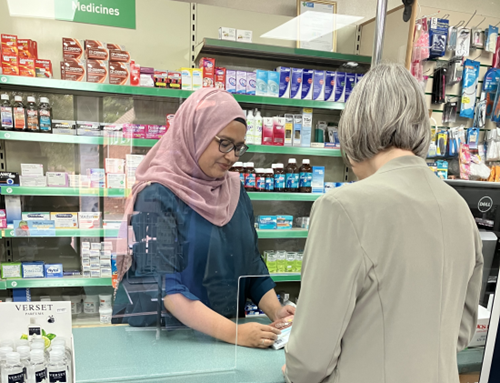 More than 1,200 women across the North East and North Cumbria have already benefited from a new community pharmacy scheme making treatment for urinary tract infections (UTIs) faster and easier.

The initiative, launched at the end of July, enables local community pharmacists to treat women aged 16-64 with uncomplicated UTIs, excluding those who are pregnant, without the need for a GP appointment or prescription.

Symptoms of a UTI include:

Backed by the North East and North Cumbria Integrated Care Board (ICB), the six month pilot scheme aims to provide a more convenient option and faster access to treatment for patients whilst also helping reduce pressures on GP practices.

Dr Neil O’Brien, executive medical director, North East and North Cumbria ICB said: "UTIs are one of the most common bacterial infections that GPs see in female patients with over 40 percent of women likely to suffer from one in their lifetime.

"They can develop quickly, are acutely painful and we know that patients want fast access to rapid relief of symptoms. Consequently, UTIs take up a large proportion of resources within the healthcare system accounting for up to four percent of all GP appointments each year.

"Early signs from this new initiative are proving extremely positive, around 300 patients a week have already been seen by community pharmacists for advice and treatment for a UTI, which demonstrates just what can be achieved when we work together in the interests of improving healthcare for our patients and the wider healthcare system."

375 of the 651 community pharmacies across the North East and North Cumbria have already signed up to the UTI pilot scheme with more expected to join over the coming weeks.

Interim director of medicines and pharmacy, North East and North Cumbria ICB, Ewan Maule, said: "It's very encouraging to see so many community pharmacies signed up to the pilot scheme and such large numbers of patients already coming forward.

"Community pharmacists are highly trained and utilising them to improve access to UTI advice and treatment not only offers a more convenient service for patients but also significantly reduces the demand on general practice and limits the number of unnecessary visits to emergency departments and other health care providers."

The pilot scheme also aims to help reduce the amount of antibiotic prescribing across the ICB with the North East and North Cumbria being the sixth highest prescriber of antibiotics for UTIs in England.

"Although not all patients with a UTI will need antibiotics if they do, they can be provided quickly and conveniently without the need for a GP appointment or prescription," added Mr Maule.

Participating pharmacies can be found at:  https://www.psne.co.uk/

We use cookies on our website to give you the most relevant experience by remembering your preferences and repeat visits. By clicking Accept, you consent to the use of all cookies.